Drawers are sometimes exposed to extreme loads. Overcrowded compartments and improper handling are often part of everyday life, especially in children’s rooms. It can quickly happen that one or the other drawer breaks. Mostly only the handle or the front panel comes loose, but sometimes there is more severe damage such as torn screws or chipboard. But not only the former can be put back in order with a little glue because even chipboard that has been torn out can be repaired in just a few simple steps. We show how!

In the case of the drawer model in question, the rails of the drawer are not on the side, but under the drawer. The drawer sits with its sidewalls literally on the guide rails. This would not be a problem in and of itself if the side panel (sidewall) were not torn out by frequent, very rough opening. More precisely, the spigot of the rail tore out the chipboard. As a result, the drawer slips out of the rail when it is opened and can no longer be closed properly afterwards.

But before you can start to repair the torn chipboard (find out how to repair torn bolts), all loose parts and the surrounding veneer near the torn area are removed. A Stanley knife will help. Much more than that, a spatula, sandpaper, and repair putty are

not needed as aids. Since the repair putty can be used universally, it is worth buying in any case. It is available in every hardware store but also on  Amazon.

Repair putty is a universally applicable compound that can be used for many types of repairs. It sticks and seals materials such as wood, metal, ceramic, stone, and glass can be sanded and can be painted over. The compound is based on epoxy resin and should, therefore, only be processed with gloves.

To use the mass, it is first unpacked from its container and appropriately portioned with a spatula. Then the mass has to be stirred (kneaded) so that it does what it promises. This material is a 2K (two-component) product. If the kneading has created a uniform blue mass, the repair putty can be used.

Tip: Do not dawdle at work, because the processing time for the repair putty is only 4 minutes!

The repair putty is processed in a similar way to chewing gum. Not that sticking chewing gum under tables or drawers is a good idea! In principle, however, it works similarly. The modelling clay is best kept on rough surfaces so that no further preparation is required in the case of the chipboard.

The mass is pressed well into the broken out area and smoothed with a spatula. Areas that should remain free, such as the recess for the rail, are shaped with a smooth tube or pencil. After about three minutes, the mass is almost hardened but can be cut into shape with the cutter if necessary after approx. Fifteen minutes the compound is so firm that it can now also be sanded.

Then it’s done, and the drawer is repaired. The processing of the repair putty is surprisingly easy, and the result is amazing at the same time.

Who would have thought that repairing a drawer, especially repairing a torn chipboard, could do without glue and other wood? Just perfect! 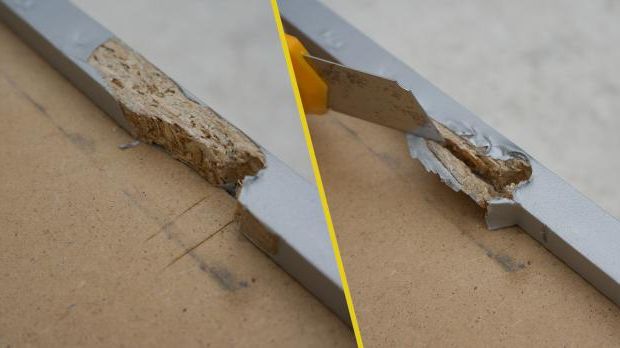 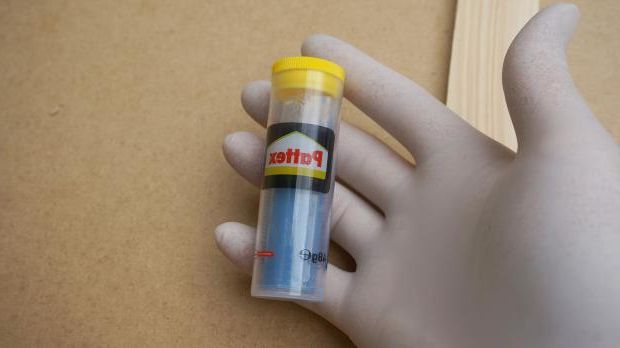 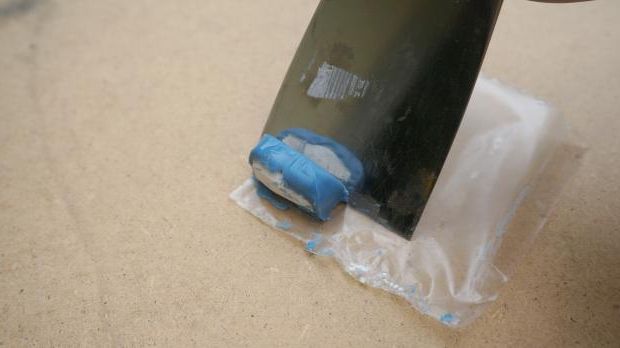 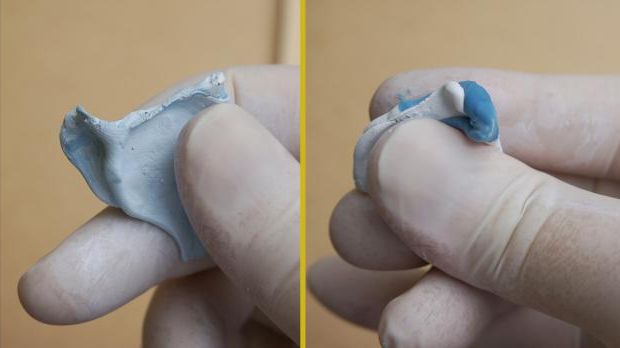 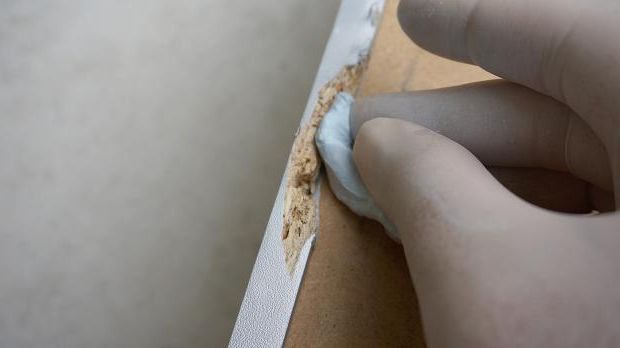 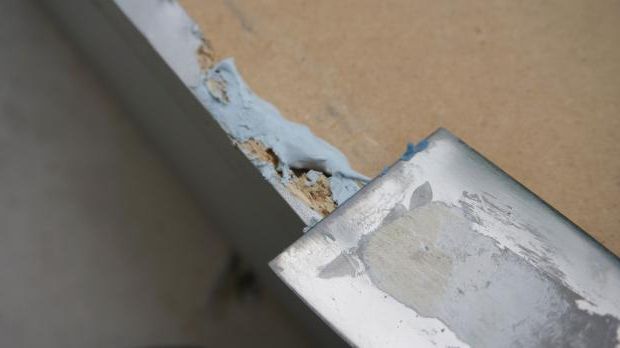